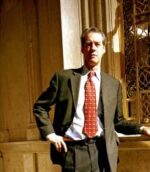 Tom Murphy has been a trial attorney in the Boston area legal community since 1985. He was a founding partner at Roche, Heifetz, Murphy & Wholley, and then “of Counsel” to the Boston firm of Smith & Duggan, LLP, specializing in commercial litigation. He has been lead counsel in numerous cases that have gone to verdict in both state and federal courts. Attorney Murphy is neither a “plaintiff” nor a “defense” attorney. He has and does handle a wide variety of matters, ranging from general liability to commercial claims, on both sides of the table. In fact, in the year 2000, he was lead counsel in the largest plaintiff’s personal injury verdict in Montgomery Co., Ohio, with a verdict and post-trial interest award of approximately $5 million, paid with no release; and in the following year, he was featured in Massachusetts Lawyers Weekly as lead counsel in one of the “Top 10 Defense Verdicts of the Year”. Tom was certified as a mediator in 1993, and has served a mediator and arbitrator since them. He also currently sits as a conciliator in Essex County. Tom is the father of twin girls and served in the U.S. Peace Corps in the late 1970’s.