Attorney Langella is a mediator, arbitrator and case evaluator who focuses on complex legal disputes including, but not limited to, contract disputes, breach of trust disputes, employment matters, distributor/licensing/royalty disputes, products liability and bankruptcy related claims.

A Law Review Editor at Boston University School of Law, Attorney Langella started his legal career at Goodwin, Procter & Hoar, where he handled product liability defense and commercial litigation matters on a local and national level. In 1988, Tim became General Counsel for Healthco International, the country’s largest distributor of dental equipment and supplies. At Healthco, Tim gained substantial experience in the workings of a major corporation with over 3000 employees. He was responsible for all domestic litigation, personal injury claims, real estate and vendor transactions, employee claims and corporate acquisitions.

In 1992, Tim joined Mintz Levin Cohn Ferris Glovsky & Popeo where he had a diverse practice involving multiple industries. Tim handled cases involving major claims for both plaintiffs and defendants, including one that resulted in a $261 million dollar victory. He sat as lead counsel on state and federal court cases throughout the country and also arbitrated several international matters.

Attorney Langella most recently served as Chief of the Business Technology & Economic Development Division for the Office of the Attorney General. At the AG’s office, he served as a liaison to industry groups collaborating on laws, regulations and policy matters. He also advised the Attorney General on a host of matters that affected the business community. This position inevitably led to substantial exposure in the area of communication between parties on controversial matters.

Tim Langella’s impressive legal career, spanning over three decades, has given him an in-depth perspective as to what it takes to resolve even the most complex business issues and legal disputes. 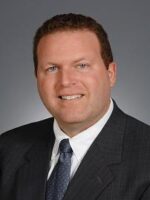 Scott Gladstone is a business litigation attorney with wide and varied experience in conflicts between businesses and among principals in the same business. He regularly appears before the Courts of the Commonwealth and has represented parties in arbitrations and mediations. Scott has been a senior associate at two large downtown Boston firms, Ruberto, Israel & Weiner and Rubin & Rudman and he started his career as an Assistant Public Defender in Dekalb County Georgia.   He has been running his own litigation practice since 2003.

Scott has been trained as a mediator by Metropolitan Mediation Services of Brookline, Massachusetts and, over the past year, he regularly mediates at the Brighton District Court where he has successfully mediated conflicts concerning: condo association dues, wage claims, insurance coverage, consumer protection, unpaid loans, and contractor-homeowner disputes.

Using his experience as a litigator, Scott has garnered a reputation as a mediator who very quickly assimilates facts and quickly identifies what matters most to the parties as well as potential areas of common interests. The parties that come before Scott invariably feel like they have been heard and validated; however, they also appreciate Scott’s firm no-nonsense approach to problem solving. 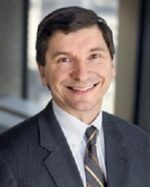 Richard Van Nostrand has been with the Worcester firm of Mirick, O’Connell since 1984, and a partner since 1988. He has extensive experience in general civil litigation with concentrations in business and employment litigation. Atty. Van Nostrand represents clients in a broad range of industries from professional services and technology and industrial and manufacturing. In addition, Rich is engaged in a variety of business litigation matters, including shareholder disputes, corporate dissolutions, and intra and inter-company disagreements. Richard is a past President of the New England Bar Association, the Massachusetts Bar association and the Worcester County Bar Association. 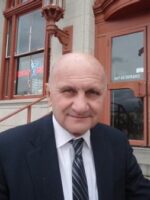 Judge Peter Velis graduated Boston University in 1965 with a degree in Public Communications and went on to earn his Juris Doctor degree from Suffolk Law School in 1969. Shortly after passing the bar, he opened practices both in Boston and his native Westfield.

In 1973, he was elected to the Legislature as a State Representative for the Fifth Hamden District where he served until 1978. While a legislator, Peter served on the Judiciary Committee and was co-author of the Court Reform Act of 1978.

In 1978, Judge Velis founded the law firm of Velis & Ziter that handled civil and criminal matters in both state and federal courts. Despite a heavy caseload, he generously gave his time as a panelist for numerous continuing legal education programs.

Upon his retirement in the fall of 2012, Peter returned to Westfield to serve as an adjunct Professor of Criminal Evidence at Westfield State University 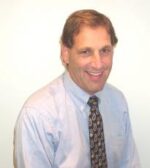 Over 40 years as a practicing trial attorney, and over 35 years as a practicing mediator and arbitrator have given Jim Grumbach a wealth of experience that is shared by few. Jim has always been firmly committed to a belief that ADR should be encouraged and fostered whenever possible, serving as President, for nearly a decade, of Cambridge Dispute Settlement Center, (now known as the Community Dispute Settlement Center) one of the state’s first volunteer community mediation programs. Attorney Grumbach is thoroughly familiar with both plaintiff and defense work. Early in his legal career he spent over ten years at Morrison, Mahoney & Miller, where he handled insurance and commercial litigation. In 2003, Jim was awarded one of the ten largest plaintiff personal injury verdicts of the year. His current caseload is mainly in the fields of personal injury, professional liability insurance disputes and commercial litigation and is a mix of approximately 80/20% plaintiff/defense representation. 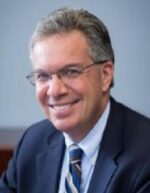 Keith Minoff is a skilled mediator with over 35 years of experience as a trial lawyer specializing in business disputes, employment law and personal injury. Attorney Minoff’s broad experience representing employers and employees, personal injury plaintiffs and insurers, business owners and companies, large and small, makes him an especially effective mediator with a unique ability to see all sides and help bring parties together to a solution. 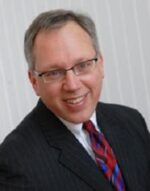 Previously, Ed worked as a legal trainer for the Chicago firm of Seyfarth Shaw at Work, and as an attorney in the labor and employment firm of Sheridan & Sheridan, in South Hadley, MA. He also served as City Solicitor to the City of Holyoke, MA. In addition to current position with Brodeur-McGan, P.C., Ed has his own consulting firm, Just Training Solutions, LLC, in which he provides effective employment training, consulting, and investigative services to employers throughout the United States. Ed has litigated complex cases in the state and federal courts and represented employers in numerous labor and employment matters including negotiations, arbitrations and mediations. 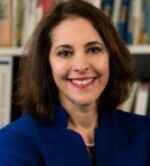