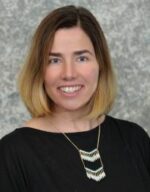 Amy first developed her passion for alternate dispute resolution, while serving as a judicial clerk, in the New Jersey Superior court, in the early 1990’s. Her close relationship with many of the Superior Court Judges allowed her to gain valuable insights into the decision-making process, at an early point in her career. She was trained as a mediator in 1992 and almost immediately began handling mediations. After moving back to Massachusetts in 1993, she worked at Gallagher & Gallagher handling a large civil litigation caseload , mainly in the area of construction law. Amy is currently the managing attorney at Law Offices of Amy Kropke (formerly The Law Office of Robert A. Marra, Jr.,) where she has handled a caseload of primarily personal injury cases, since 1995. In addition, she is also very knowledgeable in 93A actions and has conducted seminars on that Chapter.