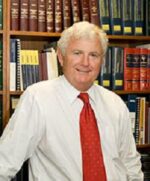 After serving over two and a half decades in the District Court, primarily in Dorchester where he was selected as “District Court Judge of the Year in 1999”, Judge Dolan took an early retirement to become a founding partner of the firm of Dolan, Connly and Flaherty (now Dolan, Connly, PC). Judge Dolan’s great reputation while on the bench has led him to become one of the most popular neutrals in the Boston area. Judge Dolan’s reputation as a mediator is that he gets to the heart of the matter quickly and is able to efficiently resolve even the most difficult disputes. As an arbitrator, his impeccable skills as a fact-finder and a real flair for writing a well-reasoned and thoughtful opinion have earned him accolades from both sides.