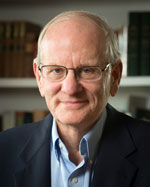 A unique and varied background, covering many diverse areas has helped Tom Porter to gain prominence as one of the premier mediators in the Northeast. After graduating Yale University in the mid-sixties, Tom entered Union Theological Seminary where he became an ordained minister. In 1974 he received a law degree from Boston University, and joined the litigation law firm of Parker, Coulter, Daley & White. In 1983, he became a founding partner of the Boston firm of Melick, and Porter. He studied mediation at Harvard Law School. In 1997, Tom went on sabbatical to Capetown, South Africa to study the Truth and Reconciliation Commission and conflict resolution. Upon his return to Boston, Tom gradually left his litigation work behind to focus his efforts on mediation. Tom currently teaches at Boston University, lectures and mediates throughout the United States. Tom has successfully mediated many types of disputes including, catastrophic injuries, tort cases, commercial litigation, professional malpractice, product liability and employment. He also has expertise in the areas of intellectual property and sexual abuse cases.