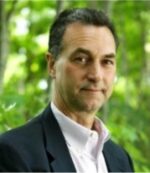 Attorney Somers concentrates his practice in the area of general liability defense, including premises liability and motor vehicle claims.

Atty. Somers was formerly counsel to Farber, Brooks & Zane, LLP, where his practice focused on civil litigation including trials and appeals in the state and federal courts. He previously served as a City Attorney for the City of Meriden, Connecticut, and Senior Trial Attorney for Nationwide Insurance Company. He has tried over one hundred jury cases to conclusion, and has successfully argued appeals before the state Supreme and Appellate Courts. With over three decades of trial experience, he now limits his practice to alternative dispute resolution as arbitrator and mediator.

Mr. Somers has lectured on personal injury litigation and insurance coverage issues and has been appointed as an arbitrator and special master by the Connecticut Judicial Branch. He received a Bachelor of Arts degree from Washington and Lee University and his Juris Doctorate degree from Western New England University School of Law. He is admitted to practice before the Courts of the State of Connecticut and the United States District Court for the District of Connecticut. He is member of the Connecticut Bar Association.