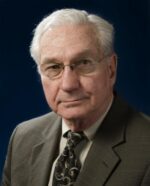 Ron Kidd has an extensive background in almost every area of litigation of medical issues. He is recognized nationally as a pioneer and leading expert in the field of defibrillator law. In the year 2000, Ron was named as a Lawyer of the Year by the Massachusetts Lawyers Weekly for his efforts to deploy defibrillators on commercial aircraft. He is also known regionally as a leader in the areas of workers’ compensation, personal injury and professional malpractice. A native of Springfield, Ron served two years in the Peace Corps in Venezuela before attending law school at Boston University, where he was awarded a J.D.cum laude, in 1970. Attorney Kidd’s practice is split between plaintiff and defense work, which has allowed him the opportunity to develop a excellent grasp of the issues facing both sides in litigation.