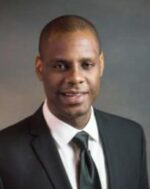 Attorney Jackson Jones, a Georgia native, began his legal career began at the Bristol County District Attorney’s Office where he acted as lead prosecutor in over 100 jury and bench trials with an astounding success rate. While in the District Attorney’s Office, Jackson also worked as an adjunct professor for the University of Massachusetts-Dartmouth. After leaving the DA’s office he then went to work as in-house counsel for Liberty Mutual Insurance Company where he gained extensive experience in personal injury cases. During that time Jackson served as lead attorney for over 20 trials in different Massachusetts and Rhode Island district and superior courts. He also participated in over 500 depositions and over 100 arbitrations.

In August 2017, Jackson founded The Law Office of M. Jackson Jones, specializing in personal injury law, including motor vehicle torts, premises liability and tractor-trailer accidents, along with his criminal defense work. Throughout his legal career, Jackson has earned the respect and admiration of all that have worked with him.